For the choir director; on the gittith; a psalm by David.

1 O Yahweh, our Adonai, how majestic is your name throughout the earth!

Your glory is sung above the heavens.

especially in these last days.

Satan`s favorite lie today is: “all religions have same god”.

Accordin the dictionaries, the English word “God” (and its equivalent in

ruler of the universe and source of all moral authority.

“the only one and real” God especially by Jews, Christians, and Muslims. 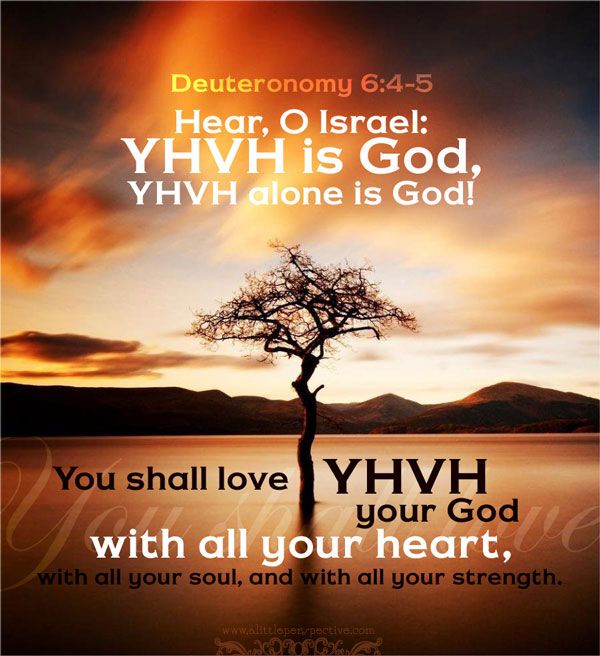 In many religions, a god is one of the spirits or beings that are believed and

Sacrifices were and are made to appease these gods.

And believe me, there are enough gods in the world for everyone.

If we use the name of our God, then everyone knows that we are talking or

writing about the God of the Bible.

According to Scripture, names do matter, and they have great significance,

since they stand for something or reveal something about a person’s character.

There are even several instances when God changed the names of His people,

and Jacob’s was changed to Israel.

5 No longer shall your name be called Abram, but your name shall be Abraham;

for I have made you a father of many nations.

15 Then God said to Abraham,

“As for Sarai your wife, you shall not call her name Sarai,

but Sarah shall be her name.

The Name of our God

The names of God, as He has unveiled them in Scripture, should be particularly

noteworthy to us because they reveal who He is, as well as aspects of His character,

And because God is so great, one name is not enough to fully portray all of who He is.

But we will focus on one here- His very own personal name.

Does God want us to know Him intimately and call Him by name ??

In fact, knowing His name today is a fulfillment of the prophetic Scriptures,

since He declared that in these last days His people will know His name.

Call on the name of the Yahweh

26 And as for Seth, to him also a son was born; and he named him Enosh.

Then men began to call on the name of the Yahweh.

people will call upon God’s name.

31 The sun will become dark,
and the moon will become as red as blood
before the terrifying day of Yahweh comes.”

32 Then whoever calls on the name of Yahweh will be saved.
Those who escape will be on Mount Zion and in Jerusalem.
Among the survivors will be those whom Yahweh calls,
as Yahweh has promised.

God’s name was involved in the deliverance of the Israelians from Egypt.

from the oppression of slavery in Egypt, the first thing Moses wanted to know

“Indeed, when I come to the children of Israel and say to them,

‘The God of your fathers has sent me to you,’ and they say to me,

Moses knew that he could not go to the children of Israel in his own name.

Even though he had been raised in Pharaoh’s court,

he did not have the power or the authority.

But if he came in the majestic name of God,

from Egypt, even if Pharaoh opposed Moses.

“Thus you shall say to the children of Israel,

When Moses stood before God at the Burning Bush inquiring about His name,

this important piece of information.

Most English Bibles use God`s name Yahweh (or Jehovah) at least in:

18 May they know that You alone—

whose name is Yahweh—

are the Most High over all the earth.

As in all the names that God uses to reveal Himself,

this key name of God tells us some essential information about who He is.

The Hebrew alphabet gives a clue to the meaning behind this name.

The fact that it begins with Aleph (אֶ), the first letter of the Hebrew alphabet,

is indicative of the future tense.

Therefore this name can be translated I Will Be Who I Will Be.

God is not only with us right now, but He goes ahead of us into our future,

which may be unknown to us but is completely known to God.

He is faithful and will be whatever we need, not only now,

but also in any situation that we will face in the future.

“I will be whatever I choose to be in this circumstance: healer, deliverer,

provider, protector- I will be that for you.”

In its essence, this name conveys a sense of both the timeliness and timelessness

YHWH- I have done it many times myself- but more right is with letter V, so YHVH.

2 Elohim spoke to Moses, “I am Yahweh.

3 I appeared to Abraham, Isaac, and Jacob as El Shaddai,

but I didn’t make myself known to them by my name, Yahweh.

However, most Israelian people will not speak this personal name out of

Instead, the term Adonai (my Lord) or Hashem (The Name) is substituted.

This name is technically known as the Tetragrammaton,

which is a combination of two Greek words meaning four letters.

Since the original Hebrew text did not use vowels,

it is impossible to determine the exact pronunciation of this name.

Therefore, it has been the subject of much speculation and controversy.

It is transcribed in English as Yahweh.

Instead of using one of these English variations, many English Bible translations

Hebrew words that are translated Lord).

They do this out of tradition or respect for the name of God. 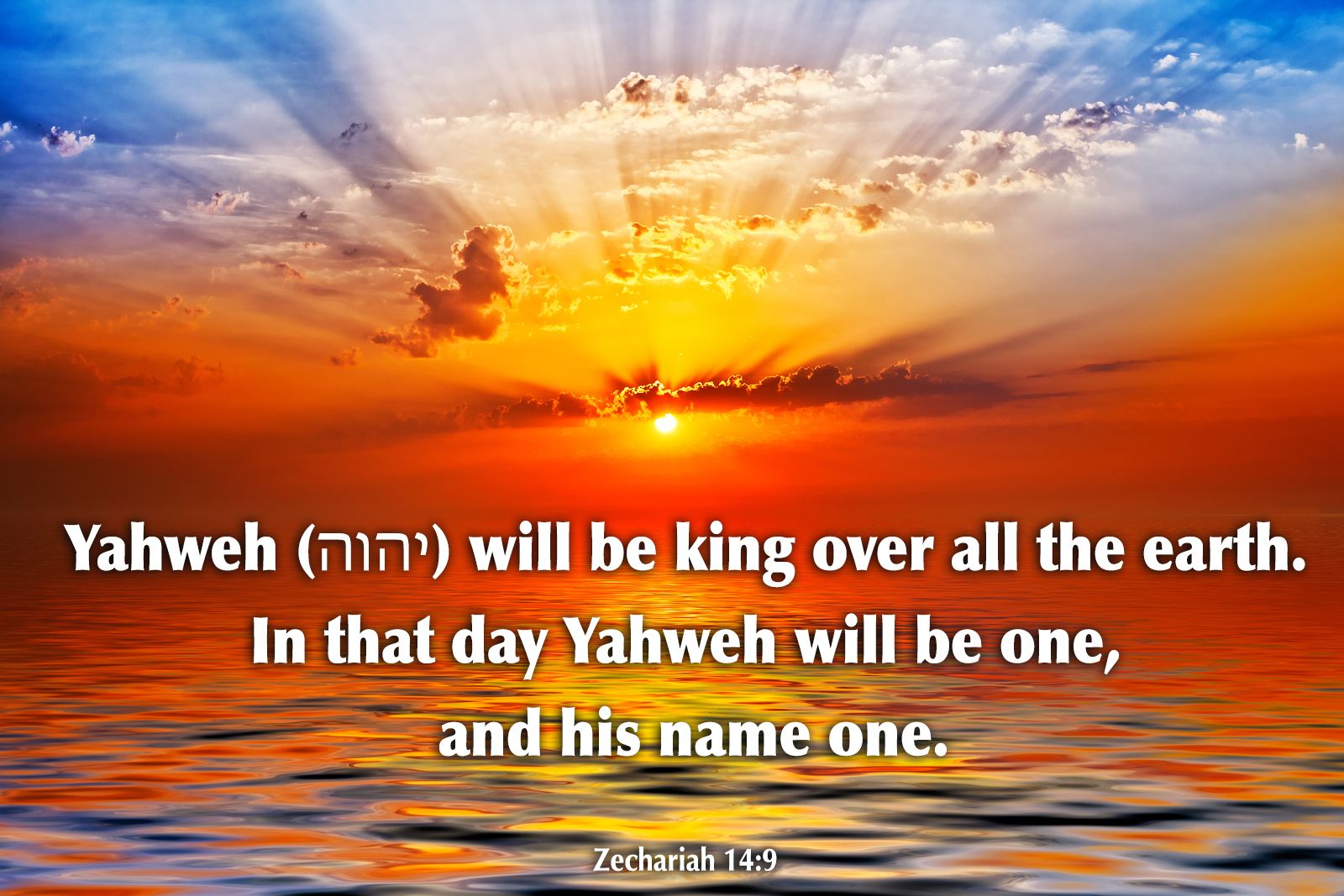 “Thus you shall say to the children of Israel,

Immediately after telling Moses to say to the Israelites that

He wants every generation to know and remember it.

When God revealed His proper, personal name to Moses,

He transformed the relationship between Himself and His people.

someone after calling him or her for an extended period of time Sir or Madame.

Even though God called Abraham His friend (Isaiah 41:8),

He didn’t reveal His personal name to him, nor to Isaac or Jacob (later named Israel).

Instead, He revealed a part of Himself: El Shaddai (אֵל שַׁדָּי—God Almighty).

1 When Abram was 99 years old, Yahweh appeared to him.

He said to Abram,

“I am El Shaddai. Live in my presence with integrity.

3 I appeared to Abraham, Isaac, and Jacob as El Shaddai,

but I didn’t make myself known to them by my name, Yahweh.

Link –> The Names of God in the Old Testament

Link –> The Names of God/ Bible.org

Certainly YHVH showed His powerful might when He overcame Pharaoh

and miraculously delivered the children of Israel from Egypt.

During troublesome times in our lives, we need His powerful intervention as well.

He is El Shaddai- The Almighty.

Although some people may foolishly put their trust in their own resources or abilities,

those who know the God of Israel can put their trust in His name,

knowing there is safety, power, protection, healing, and refuge in the name of God.

10 The name of the Lord is a strong tower;

The righteous run to it and are safe.

As covenant people of the God of Abraham,

we can reclaim God’s authentic name and its accompanying power

as part of our inheritance.

21 That is what I will teach them.
This time I will make my power and my strength known to them.
Then they will know that my name is Yahweh.”

And Yeshua/ Jesus said to us:

“Go into all the world and preach the gospel to every creature.

from Egypt, we also need to know the name of the Lord to share the good news

of Yeshua (Jesus) with Israel and the nations.

17 I will cause your name to be remembered throughout every generation.
That is why the nations will give thanks to you forever and ever.

9 I will bring this third of the people through the fire.
I will refine them as silver is refined.
I will test them as gold is tested.
They will call on me, and I will answer them.
I will say, ‘They are my people.’
They will reply, ‘Yahweh is our Elohim.’”

his people, eventually through His servant Messiah.

Be strongly blessed in the name of Yeshua (Jesus) !!

An uneducated and ordinary (Acts 4:13) trucker from Nurmijärvi FINLAND Europe. View all posts by 62Pete

Follow “He shall be called a Nazarene.” Matthew 2:23 on WordPress.com

Links To All My Posts Below

Links To My Pages Below

This is a text widget, which allows you to add text or HTML to your sidebar. You can use them to display text, links, images, HTML, or a combination of these. Edit them in the Widget section of the Customizer.
Loading Comments...
Comment
×
%d bloggers like this: